A life as art: Dora Natella

She once sold her home to create a sculpture. Dora Natella, professor of fine arts, has given her life to expressing the human form through sculpture, and international success has been her reward.

“It’s an opportunity for high school students to come to campus and meet art faculty, and take a one-day class with the university,” says Susan Moore, department chair and professor of fine arts. “There’s a big difference between taking a high school art class and a class at the university.”

Several of Natella’s works are displayed all throughout campus, allowing the IU South Bend community to get a glimpse of her passions and talents.

The majority of Natella’s work around the female nude figure. She chooses to do this primarily because of her experiences as a woman as well as her background with the figure when she studied in Florence. For her, her works are not meant to be sexualized or seen as a reflection of sexuality but rather seen as beauty and strength in the human form.

“I was fascinated with the figure, but later on it was more like a fascination with the self. I felt that my work was really representing women’s identity in general, and how I felt with my place in society. That almost became a theme that I had to channel somehow,” she said.

Her upbringing in Florence allowed her to have a different view the human figure than what many Americans have.

“There is another thing that I found in America. There is nothing that is a real separation between the nude and the identity of the nude as a form, as a form, as texture and that to the sex industry it’s like ‘is there anything different? No, a nude is a nude. It’s dirty.’” she says. 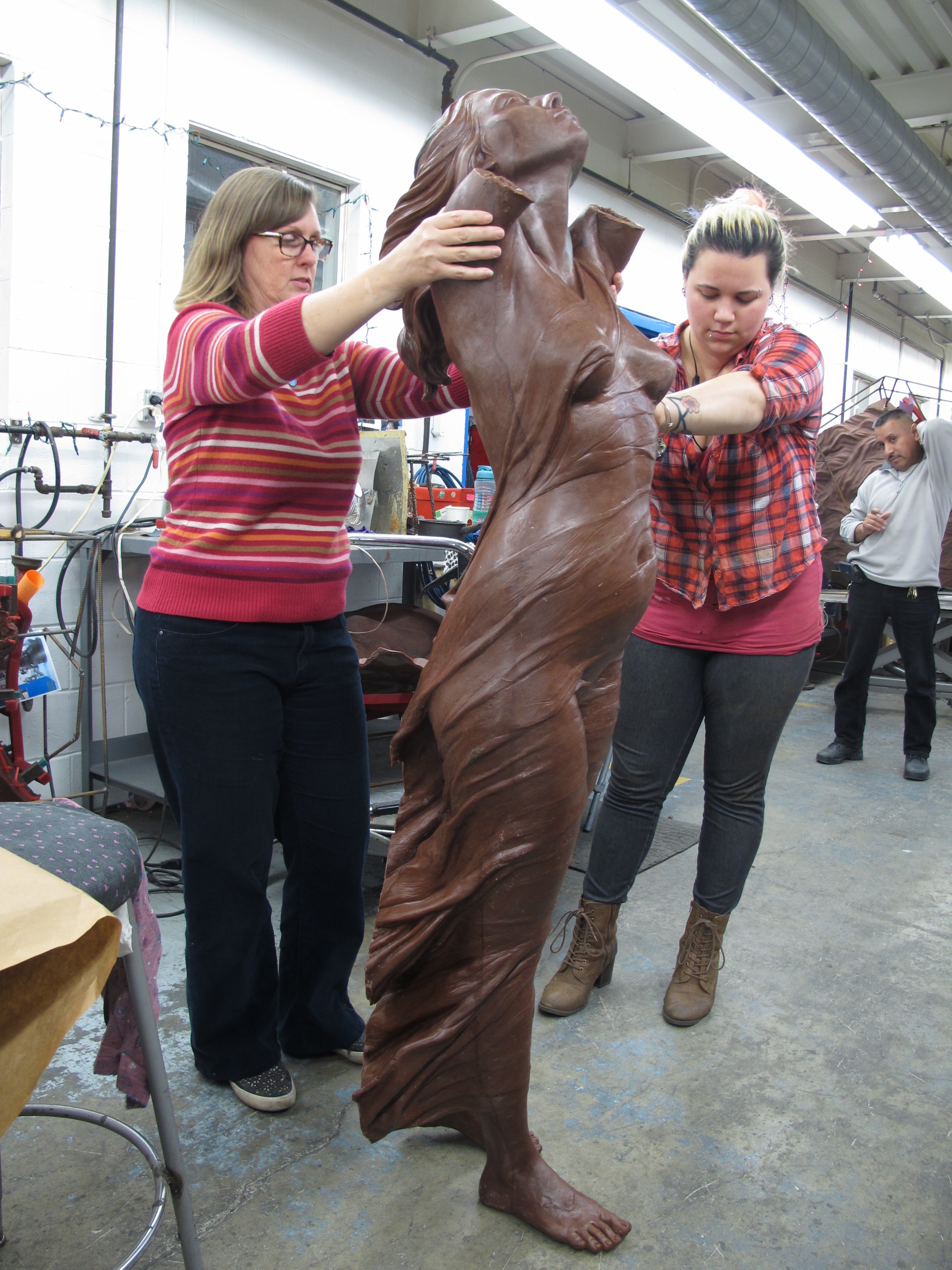 Because of this, when she put Gaia, a large nude female figure sculpture, in Chicago. It was immediately taken down after it had been placed in the front of the Chicago Children’s Museum.

“After 30-40 years in this country, I realized all this time, I just could not wake up to the idea that, no, the nude is not acceptable. The nude is not understood,” she says.

Along with her focus on the human form, her upbringing also led her to become so passionate feminism. As being in the midst of second and third wave feminism, Natella was deeply affected by her role as a female artist. When she arrived the United States to receive her MFA, she was relieved to find that women in the United States have a different experience than those from her country of origin.

“Women’s emancipation is much here [in the United States]. In the old they had been holding women back for a long time, and even in the arts. The European tradition is basically by men, for men. I had come from that tradition, and it is what I studied,” she says. “…I came to the U.S., and I immediately felt that this was a very unprejudiced place.”

She continues to stand up for what she believes in, especially when it comes to the inequalities that women still face.

Natella states that for the most part, her work does not really reflect herself, but often times it becomes a part of her. Cruz is one of these works that grew into her.

This sculpture is of a cloaked woman in a crucified position. The plaster figure is entrapped in a wooden cage. Natella came across an issue with the feet, so she has to use her own feet in order to transport it. This decision happened to be an experience that was very moving to Natella.

“I have been through a true ‘crucifixion’ and sacrifice, and I kept wanting to break out of the mold. [In] a lot of her, I represented myself,” she says. “It was me as a female finding my own identity but also my body, her bod, and the female body. I was trying to make a statement with the female condition as a whole because that is what I know.”

After this sculpture, she realized she was no longer using the European tradition of female figures, and from there, she has not come back to that.

Natella has experienced a lot of success with her work. She has displayed work all throughout out the United States, but also in Venezuela, where she held one of her largest exhibits.

While she has faced her own unique challenges as an artist and a person, if she was able to go back and change it all, she would not. She harbors no regrets for what she did.

“You have to come back to reality at some point because reality will come and wake you up, but it should not destroy your identity and dreams,” she says. “It is very important to remember that how much cash you have in your pocket will not determine who you are.”