Breaking a world record for a great cause

Breaking a world record for a great cause

Throughout the course of the summer, The IU South Bend Fine Arts Club built the world’s largest freestanding paper mache sculpture, which they hope will break the Guinness World Record. The club celebrated the completion by showing off the sculpture with a food drive directly benefiting the Food Bank of Northern Indiana and Titans Feeding Titans on Sep 19.

The giving tree sculpture stood outside of Wiekamp Hall patio during the duration of the food drive, shocking and intriguing students and faculty that walked by.

Club and IUSB, but was a way to positively impact the city of South Bend,” Julia Kanestrom, vice president of the Fine Arts Club, says.

It all started with a partnership through Martin’s Supermarkets, who reached out to IU South Bend. They had seven pallets of misprinted customer comment cards. Martin’s asked the Fine Arts Club to create the world’s largest paper mache sculpture. In return, Martin’s would donate $25,000 to the Northern Indiana Food Bank.

The club agreed to this challenge and began working on the project starting in spring 2019. At first, they worked in the Campus Auditorium for a span of a month. They mostly built the raw materials during this time. By August, the club had finished the trunk, most of the roots, the branches, and the leaves.

“Our process was slow at first, but we became more efficient because we knew what we were doing. The longer we worked on it, the more we knew what worked and what did not. It was all trial and error. If something didn’t work, we found a different way to do it,” Morgan Koenig, club member, explained.

When completed, the tree did not feature any inner structure that was not paper mache, since that would have gone against the Guinness Book of World Records rules. Thick layers of paper and wheat paste glue held everything together. With five months of work behind the club, it surely paid off.

“I think this project showcased our creative ability and willingness to establish ourselves both on and off campus,” Kanestom says.

“We were able to draw together a variety of community players. Martin’s as the starting catalyst to make it happen, and then the club was able to bring in Titans Feeding Titans, all of the club’s work with PR, and the Food Bank of Northern Indiana came in as players. Largely, I think the success was due to the fact that we were able to generate a large donation for hunger” Bill Tourtillotte, club advisor and Lecturer in Printmaking, says.

The sculpture surpasses the previous record holder of the largest freestanding paper Mache sculpture by two feet in some areas. When measured, it stood at 13.5’ x 16’ x 18’. Since the event, the Fine Arts Club has submitted their application, and sent their measurements to the Guinness Book of World Records, in hopes of becoming the new record holder. 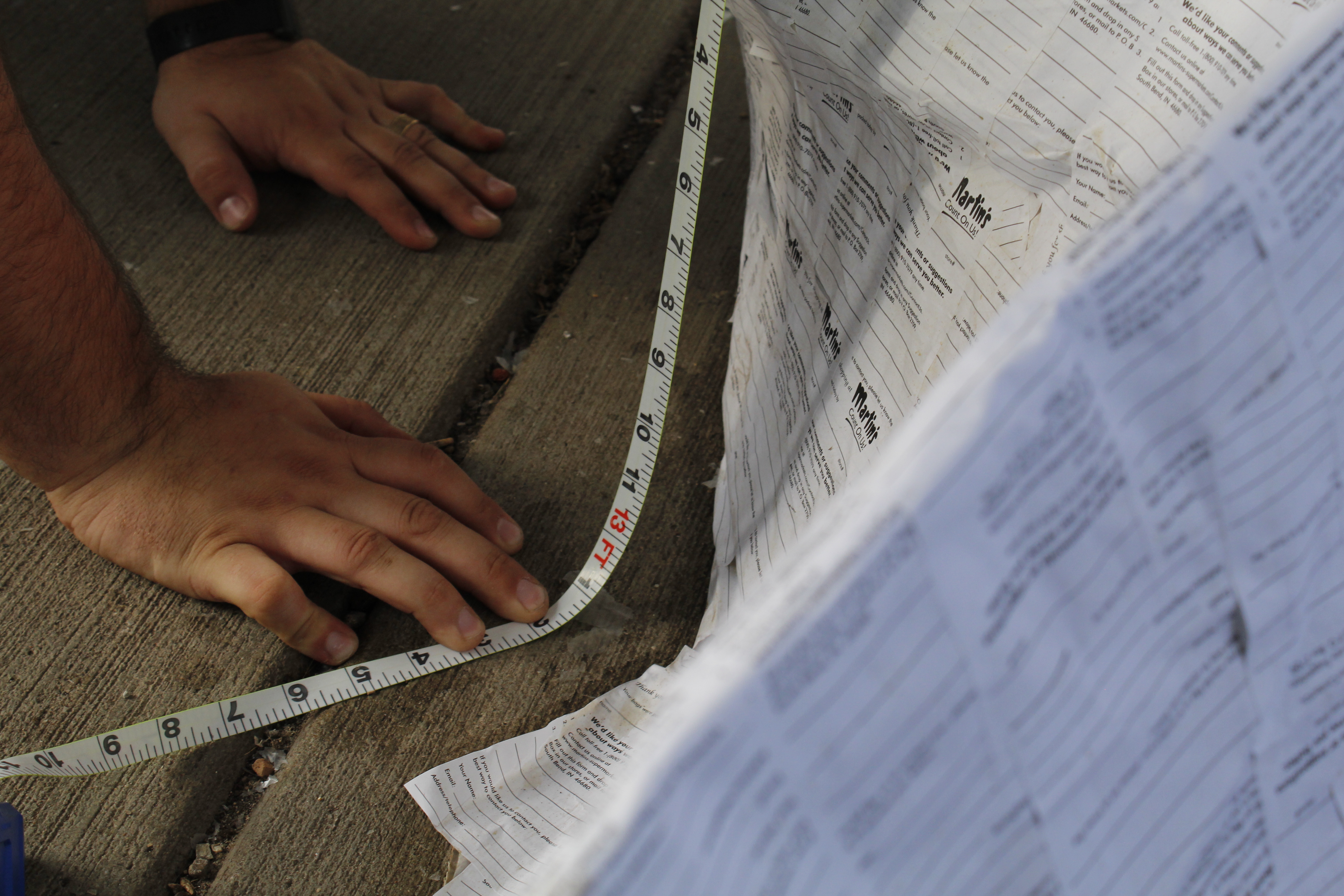 The Fine Arts Club hopes to continue to host a food drive every year in September in honor of this event. While they do not plan to continue breaking world records, they hope to spread hunger awareness throughout the campus.