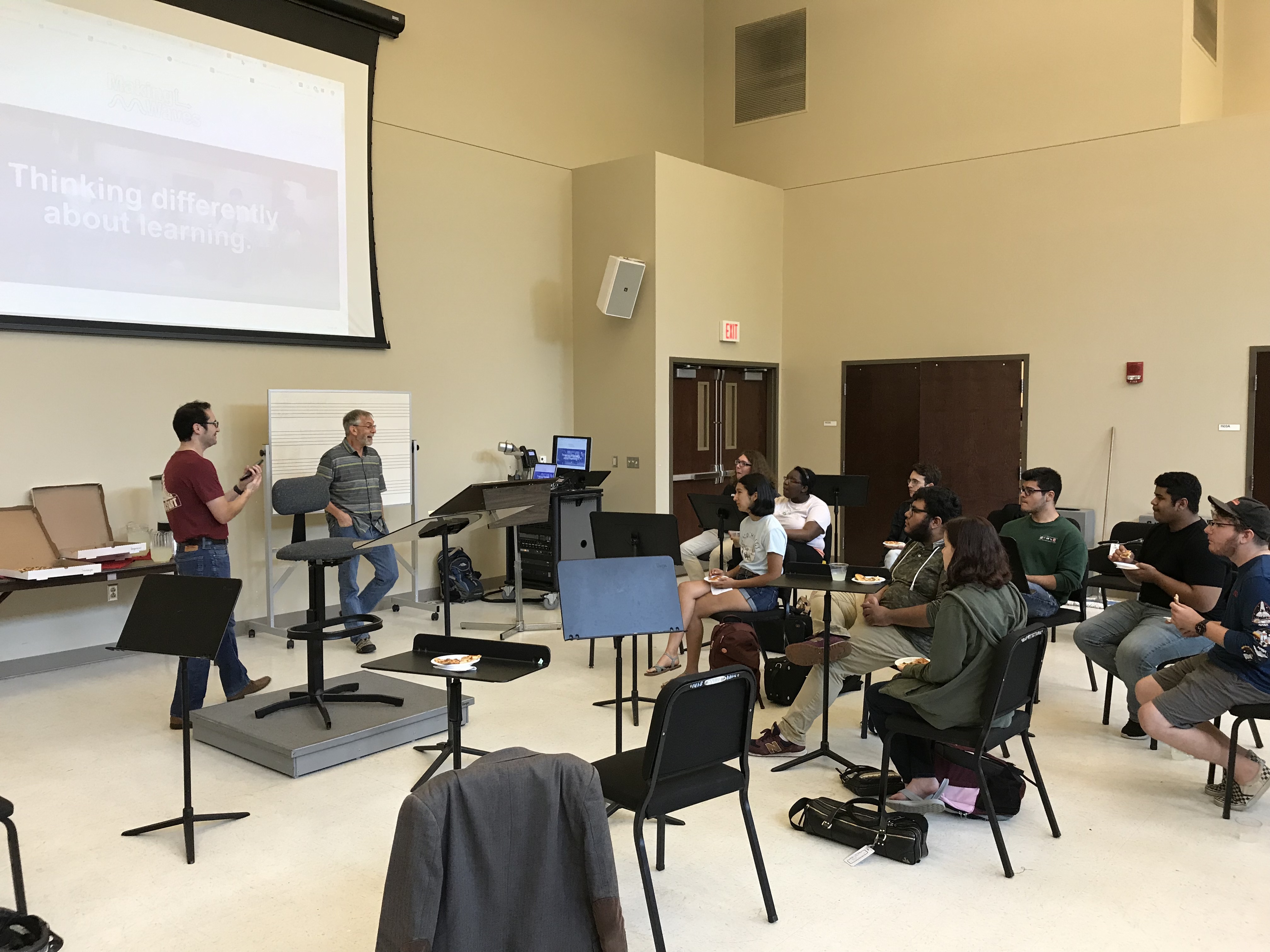 Working with schools within the Michiana area, Making Waves is a program that blurs the lines between music and technology. At first, the program did not start within the school system. Notre Dame Undergraduates designed instruments that were used in a performance. The sounds of construction and the noises the instruments made were all used in this concert.

In 2017, they shifted to Roosevelt STEAM Academy in Elkhart. As of now, this program has expanded to elementary schools, middle schools, after-school programs, andsummer camps.

IU South Bend and Notre Dame Music students have already started working with Roosevelt STEAM Academy, Pinewood Elementary, and Mary Daly Elementary, but plans on after school programs that would expand to other schools in South Bend and Elkhart are still in the works.

Jay Brockman, Director of the Center for Civic Innovation at Notre Dame, contacted and had a meeting with Marvin Curtis, Dean of the Ernestine M. Raclin School of the Arts, Jorge Muñiz, Chair of the music department, Juan Carlos Alacron, IU South Bend graduate music students, and Ryan Olivier, Assistant Professor in Music.

“Not only does this program introduce music and science to the students in our region in new and engaging ways, it also provides the music students at IU South Bend an opportunity for real world experience while making a difference in the lives of others,” Olivier says.

With Making Waves, students get to not only make music, but also make a connection with technology. Olivier is known for working with music and technology, but he did not work within them until later in life, but this program helps kick-start the connection early.

“Unfortunately, by teaching subjects in different blocks of time and sometimes with different teachers (ie different courses), students miss out on making connections across the curriculum. I had an interest in both engineering and music, but I was not exposed to the interconnected aspects of those two disciplines until much later in my life. Programs like this allow students to make those connections and potential discover new passions to which they might otherwise not have been open to before,” Olivier says.