November Student Artist of the Month 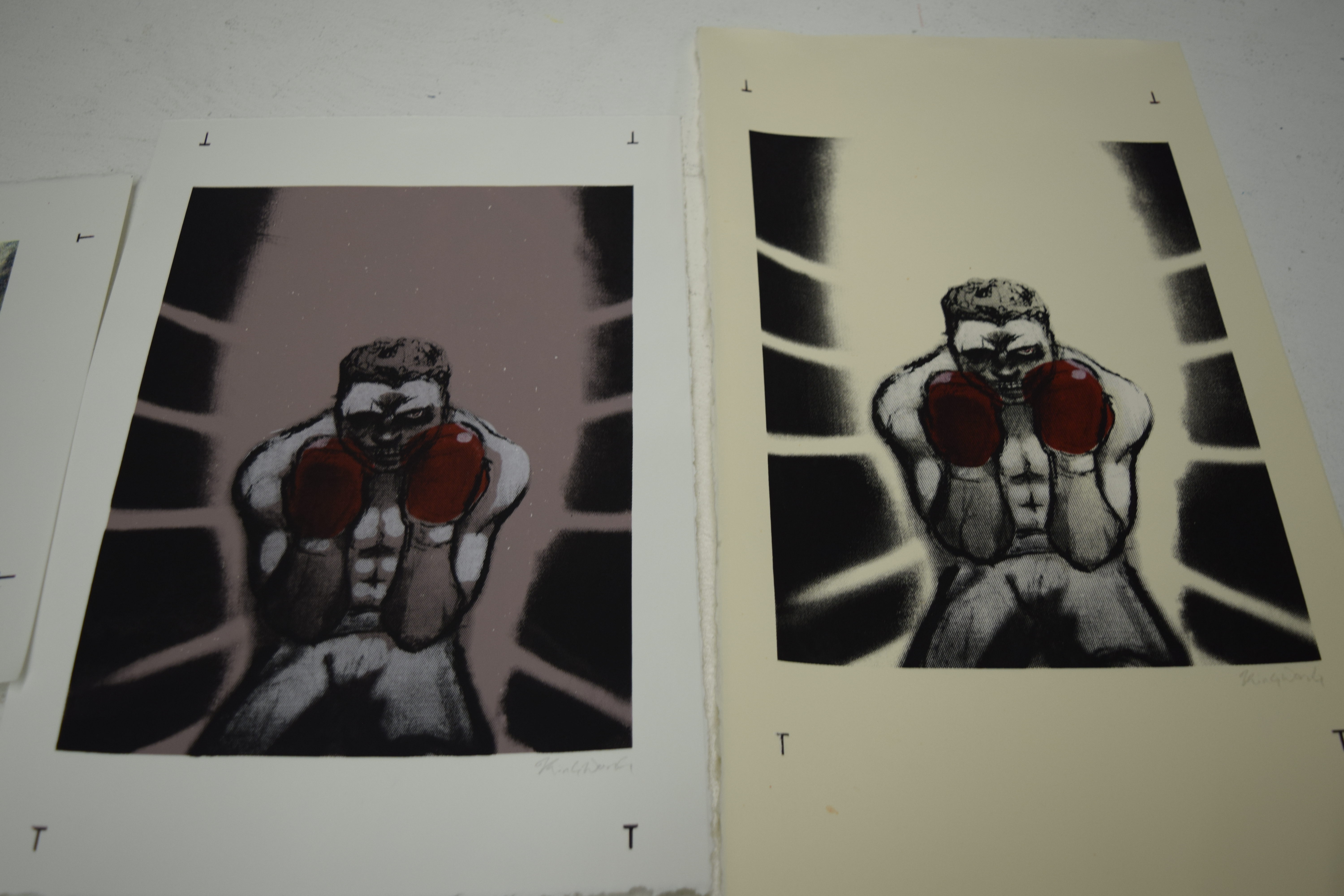 He has two goals upon graduating this winter with a major in graphic design and a minor in printmaking: “Feed myself—not starve. Get a job,” King Wong says with a laugh. “I’m very passionate about not starving.”

Starving artist jokes aside, Wong’s work has shifted focus in his career at IU South Bend. As he prepares to graduate, he reflects on what has inspired his artistic focus, and reveals his passions in the field.

Wong picked up a minor in printmaking as he pursued the path of his favorite artist, Yoshitaka Amano.

“I kind of prefer mostly traditional work, so that why I prefer printmaking. Pen and ink, and printmaking,” explains Wong. 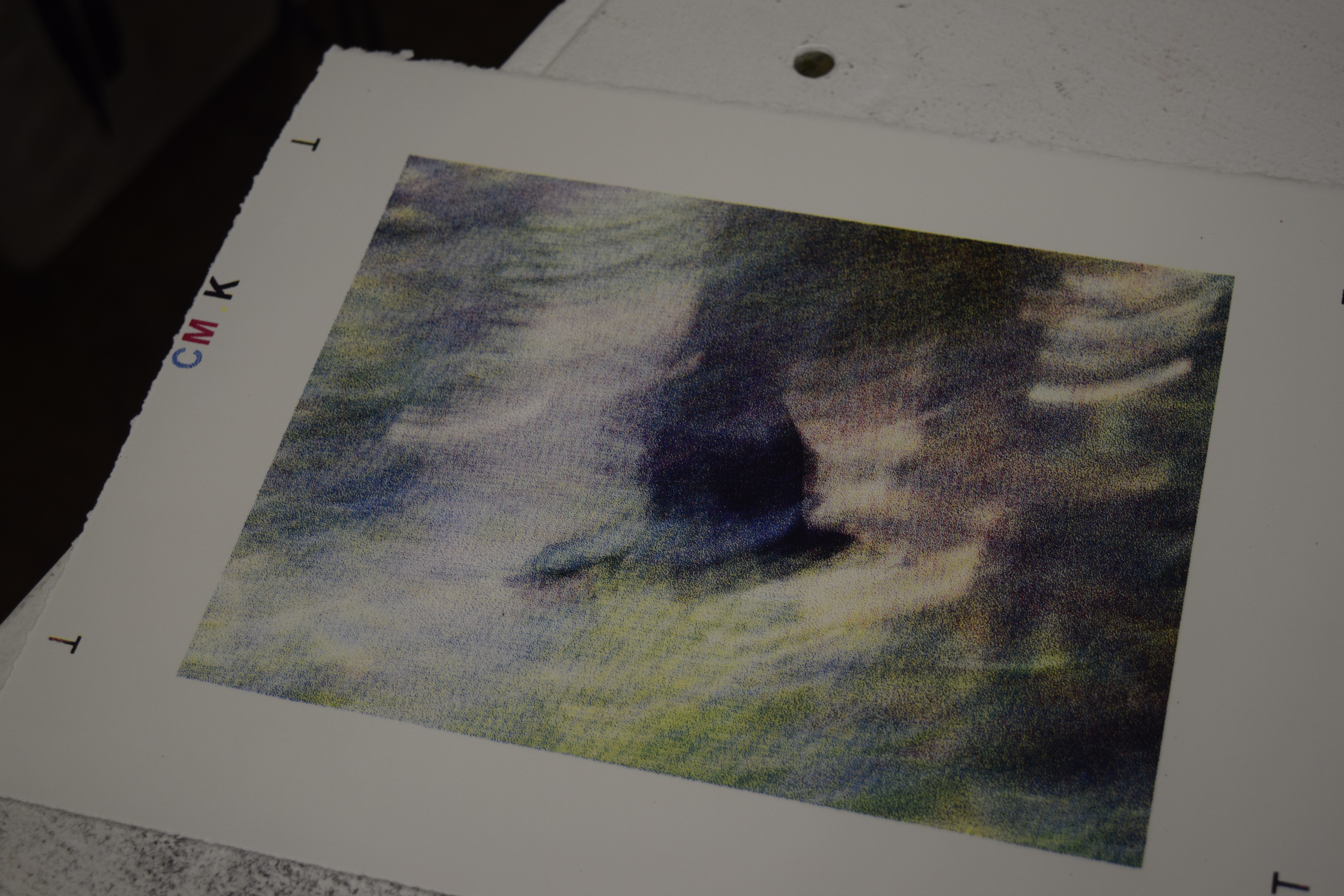 “His work is so surreal, and everything is so fine. There’s a lot going on,” he says of Amano. Wong brings that way of viewing things to his own prints, finding new ways of seeing things and bringing lots of imagery to his subjects.

When speaking about one of his pieces, “The Hungry Man’s Sport,” Wong reveals where some of his inspiration and thought process comes from.

He begins by referencing a Freudian theory. “It was mentioned in one of his books, Principles of Pleasure I think. It’s interesting and kind of arbitrary, everyone has a different interpretation of it, [but the] general rule of things is that it’s sort of a drive that you have when you’re in a corner,” he says. 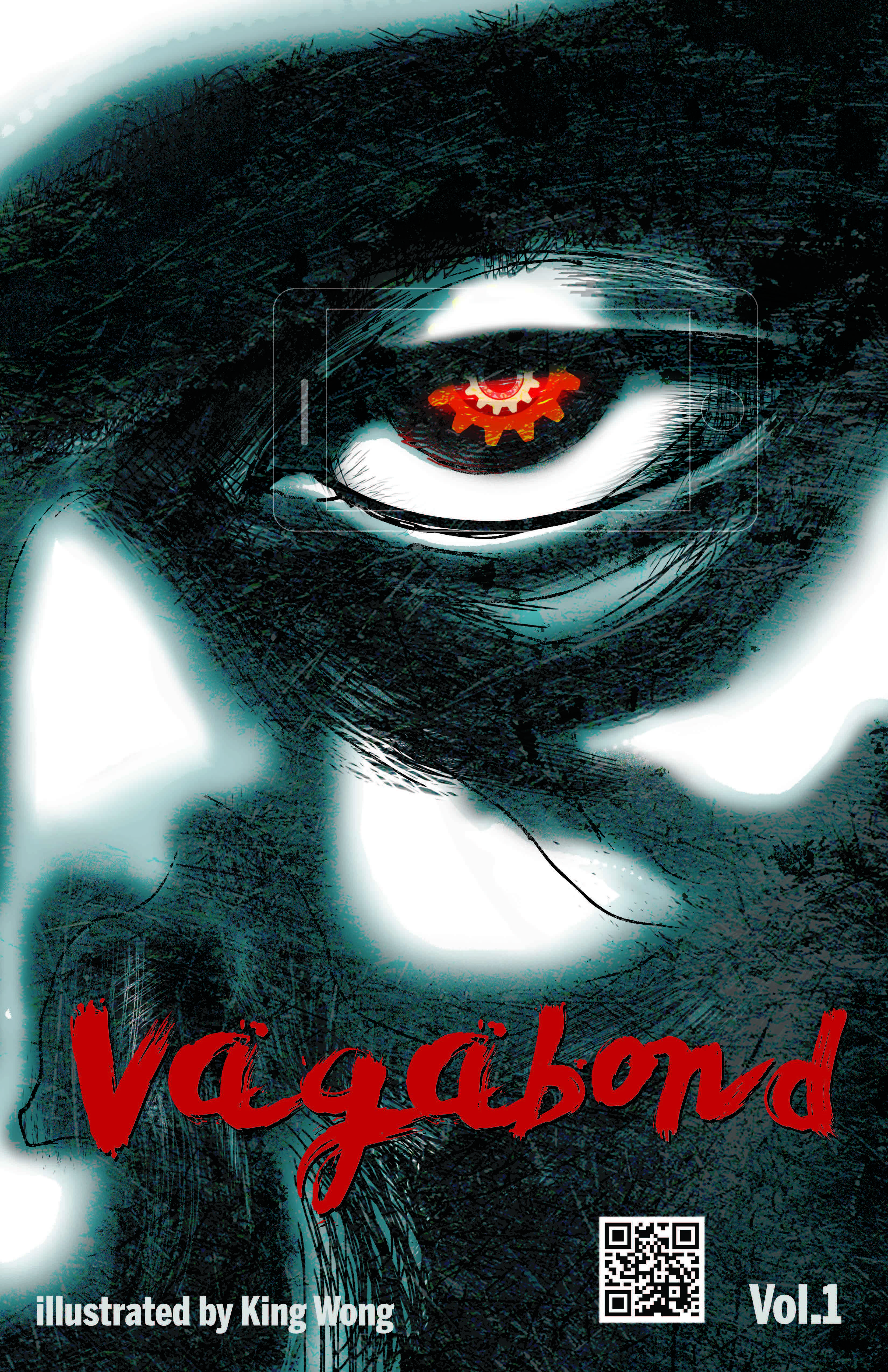 “It’s kind of like the fight or flight response. There’s a play style in some video games where you put yourself in critical condition, but in response to that you get more power. So, this is a boxer driven into a corner, and he has a peek-a-boo stance, which Tyson was known for,” he says, before going into how the peek-a-boo stance is inspired by Jack Dempsey, another boxer who had great influence at the time in boxing.

“In boxing, a lot of known boxers are lower class, and they’re just picked off the street. So, they’re kind of just literally fighting,” Wong continues about his piece. “It’s a little more illustrative than just fine art.”

While much of his work is very intentional and thought out, sometimes Wong enjoys in printmaking what he calls “happy accidents.”

Another piece he references is a work that remains untitled, and is three to four layers of silkscreen. The images used in the piece were images he had taken while on a visit to Japan.

“It’s one of those things where you didn’t exactly capture what you wanted, and you were angry. Until you came back and realized it wasn’t bad,” he says. “Happy accidents allow for the first bite of discovery, which, in turn helps produce thrills for the unknown.”

Continuing forward in his work, Wong likes to use color sparingly.

“Emotions are very much like senses, they cloud our judgement and sometimes even lie to us,” Wong says. “For the sake of clarity, I use sparse to no color.

While in the final semester of his undergraduate career, Wong is prepared for a very busy end of his fall semester as he prepares to graduate.

He is preparing pieces for both the LOOK! Scholarship Art Sale, November 1 through 5, and his BFA Exhibition, November 27 with the gallery talk on November 30.