A holiday celebration of the Raclin School of the Arts

It has been ten years since Amahl and the Night Visitors has been performed at IU South Bend. This year, the typical Teddy Bear Concert will share the stage with a performance which will celebrate the Raclin School of the Arts and the surrounding community. 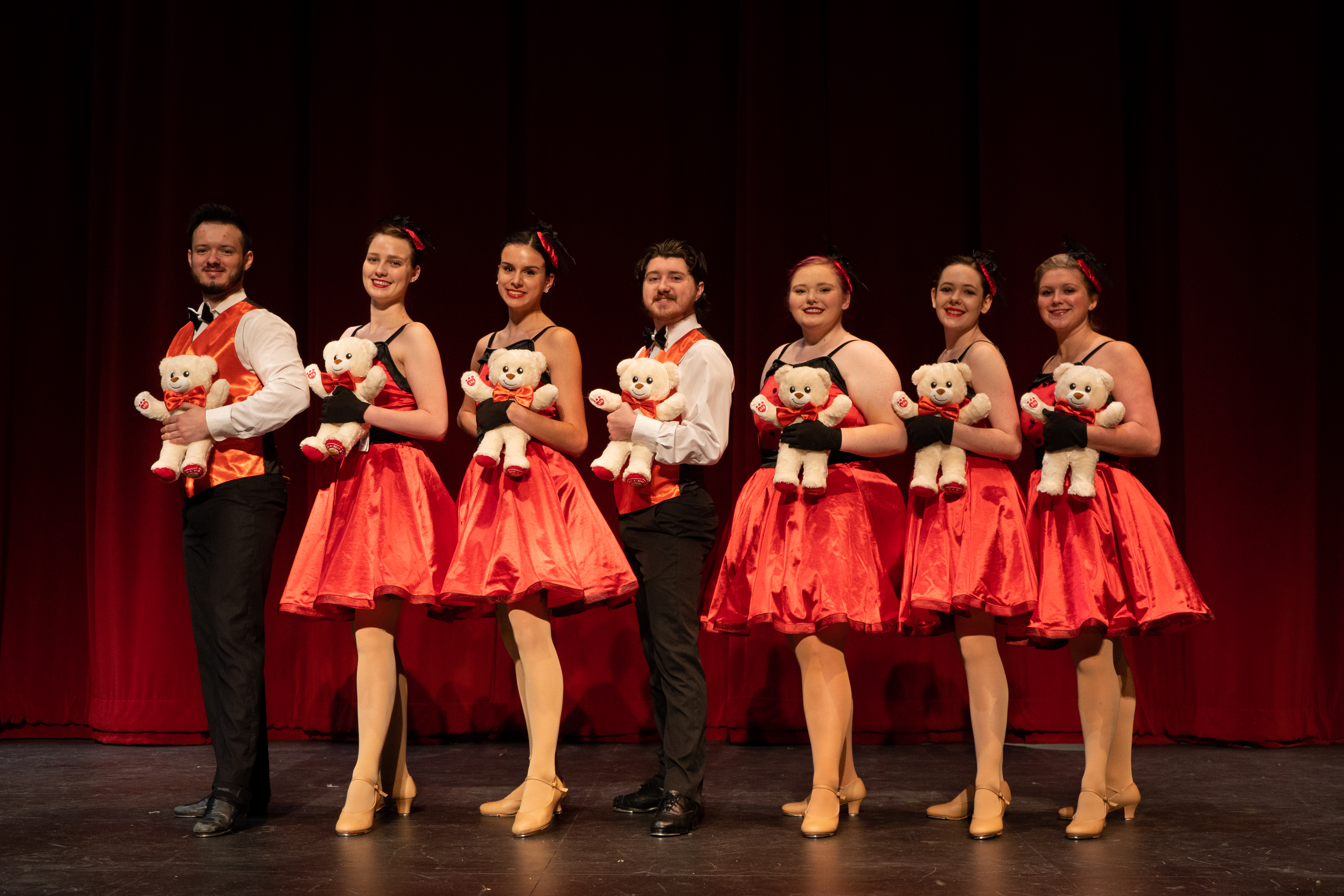 In addition to the collaboration within the school, Willis Patterson, who played King Balthazar from 1961-1964 in the TV broadcast of Amhal and the Night Visitors, will be coming to IU South Bend before the festivities to speak about his experience with the TV production.

However, rest assured, the Teddy Bear Concert’s main goals will still continue. The Kick Line is set to perform, teddy bears will be accepted in place of purchasing a ticket, and the holiday spirit is bound to be merry throughout the auditorium.

This year, the bears will be donated to both the Center for the Homeless and The YWCA, which provides support for women in domestic abuse, substance abuse, and sexual assault situations.

“It’s our way of giving back to the community. Every year we try to get a different non-profit along with the Center for the Homeless. We have done several organizations throughout the years,” Curtis says.

This year, after Curtis saw all of the domestic violence awareness events happening on campus, he knew the second organization some of the 300 bears expected from the concert would be going to: the YWCA.

“This is an issue that is close to my heart because we have students who experience domestic violence. Teddy bears are wonderful things. They bring a smile to anybody, and half the fun is watching the children bring them in and put them on the table,” Curtis says.

The Teddy Bear Concert is one of Curtis’s many legacies since becoming Dean of the Raclin School of the Arts. It means a lot to Curtis to be able to bring Amahl and the Night Visitors back to IU South Bend. However, instead of Curtis conducting the performance, Emanuel-Cristian Caraman, visiting assistant professor in music, will be conducting.

In 2010 the Raclin School of the Arts first performed this short opera about three kings who witness a miracle when they meet a disabled boy while on their way to bring gifts to the Holy Child in Bethlehem.

The actors taking part in Amahl are both from the community and from the theatre and music departments at IU South Bend. Amahl will be played by Ethan Hampel, a 6th grader from Northwood Middle School. Hampel is a member of the Children’s Choir of Michiana.

“I feel so excited and ready to perform because it is my first time being in an opera as a Musical Theatre student. Operas and musicals can be so drastically different, and there is a very different technique when it comes to preparing for an opera. I am just so grateful that I was able to learn from an expert like Dr. Caraman,” says Maddy Hall, BFA musical theatre student, and one of the shepherds in Amahl.

The legacy of the first IU South Bend performance of Amahl is still felt with Curtis. In 2010, the performance was not an IU South Bend exclusive. The stage was brought to the Center for the Homeless and Krohn’s Center in Chicago, where students performed the show for brand new audiences in two entirely different spaces.

“We actually took Amahl on tour to Chicago. We took the show to the Krohn’s Center, which worked with adults in different developmental stages. The center allowed the adults to work in manufacturing or packaging things. We had a moveable set at the time. There is a picture in the Aspire magazine of the students hugging the clients of the Krohn’s Center. They were all at different capacities with development, but they all enjoyed the music. We then did it at the Center for the Homeless, and it was a very unique experience.” Curtis shared.

The IU South Bend Tap and Kick Line will be making their signature appearance in the Teddy Bear Concert as well. According to Karen Pajor, Tap and Kick Line instructor, the Kick Line has been preparing for some time now for their big performance.

“We are practicing three days a week. We are incorporating the bears into the routine. You have to keep in mind, especially for our youngest audience members, they think the bears are real. So you have to make sure that you are handling them as if they are a real teddy bear. We are making sure that the teddy bears are kicking on the right foot and being able to wave and smile at the same time,” Pajor explained.

The students in the Kick Line are looking forward to this year’s celebration of the Teddy Bear Concert. For them, the concert is much more than just a performance; it’s giving back to those in need.

Gabby Elick, AS Pre-Radiography, and Kick Line member says, “The Teddy Bear Concert is less than two weeks away from Christmas. While we are making plans to see our families, buying gifts for our loved ones, and decorating our homes for the holidays, there are people in our community that are not as fortunate as us and are not able to do the things that we take for granted. Knowing that you made someone’s Christmas a little better is such a great feeling. So I’m urging you to come on over to IU South Bend and give back to those in need, and also, enjoy a great concert!”

“This performance is definitely different than most because of the festive and happy atmosphere. You can feel the excitement in the room while performing on stage, and it’s so fun getting to dance with a live choir behind us,” Gabrielle Lovisa, BA Psychology, and another long time Kick Line student, says.

The dancing won’t stop at just the Kick Line. The UZIMA Drum and Dance troupe will be joining this performance for even more excitement. It will truly be a celebration of the Ernestine Raclin School of the Arts.

The Teddy Bear Concert: Amahl and the Night Visitors will take place in the Campus Auditorium on Friday, Dec. 13 at 7 p.m. Admission is free with the donation of a new teddy bear. Otherwise, tickets can be purchased from $5 to $15 here.