September Student Artist of the Month

Art plays a huge role in the lives of many. For some, making art is what truly makes them happy, makes them feel like they are truly themselves, makes them feel whole. For Biff Vigil, printmaking major, art is just that.

“I tried to do many other ‘practical’ things that would guarantee me health insurance. Nothing else makes me come fully alive. I just kind of feel when I’m not actively engaged in some sort of meaningful creation process, I just feel like I start to … die in layers,” Vigil laughs. 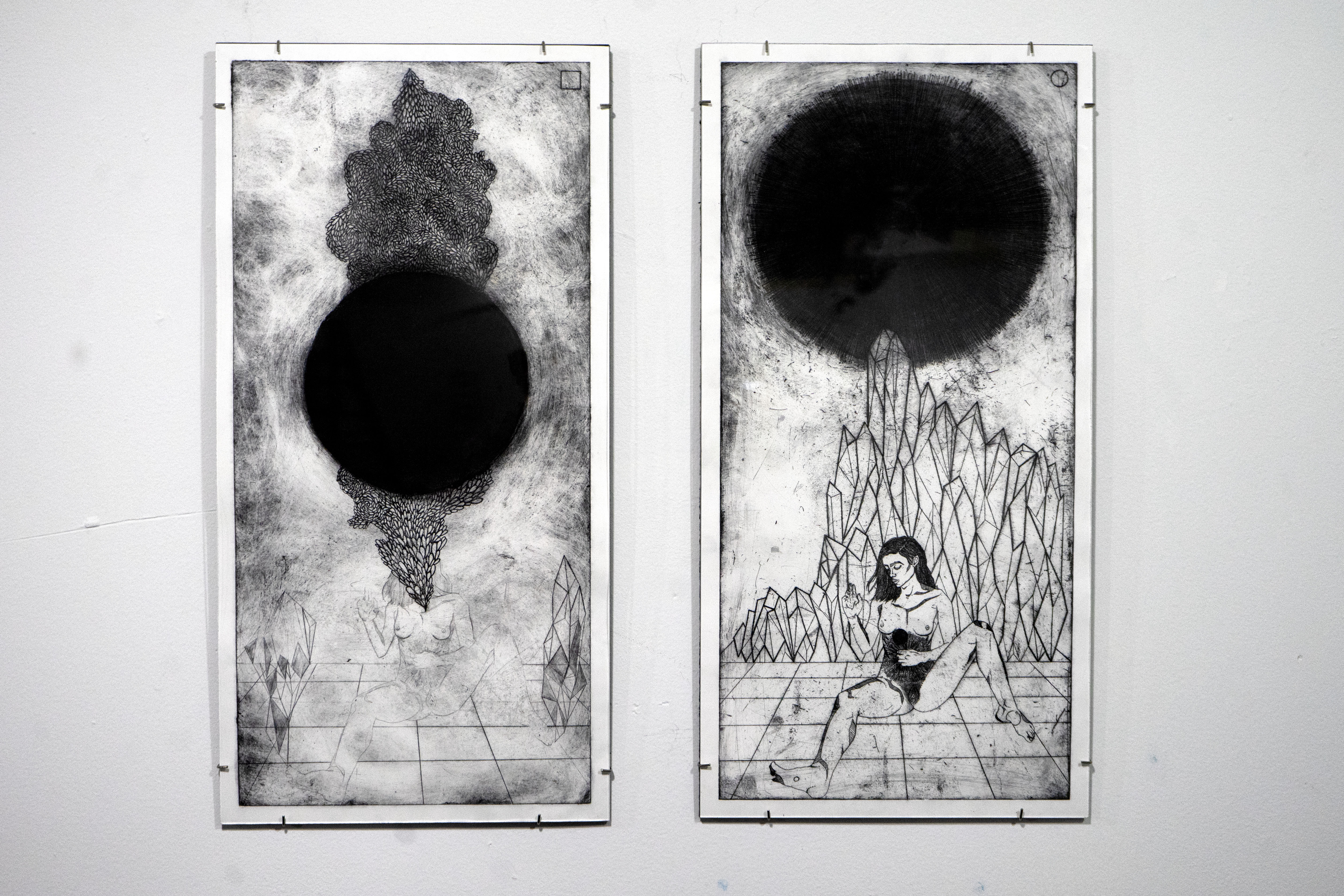 Becoming a printmaking major was not Vigil’s first choice for her college course. Once a marketing major at IU Bloomington, she realized that it was not right for her. She decided to become one of the few ethnobotany majors on campus. However, instead of finishing this degree, she took a leap to Northern California, where she lived for a little over a year.

When she came back, she took up art classes at the South Bend Museum of Art, where someone suggested she should take a printmaking class with Bill Tourtillotte, lecturer in fine arts Little did she know, a small suggestion would be a truly life-changing experience for her. 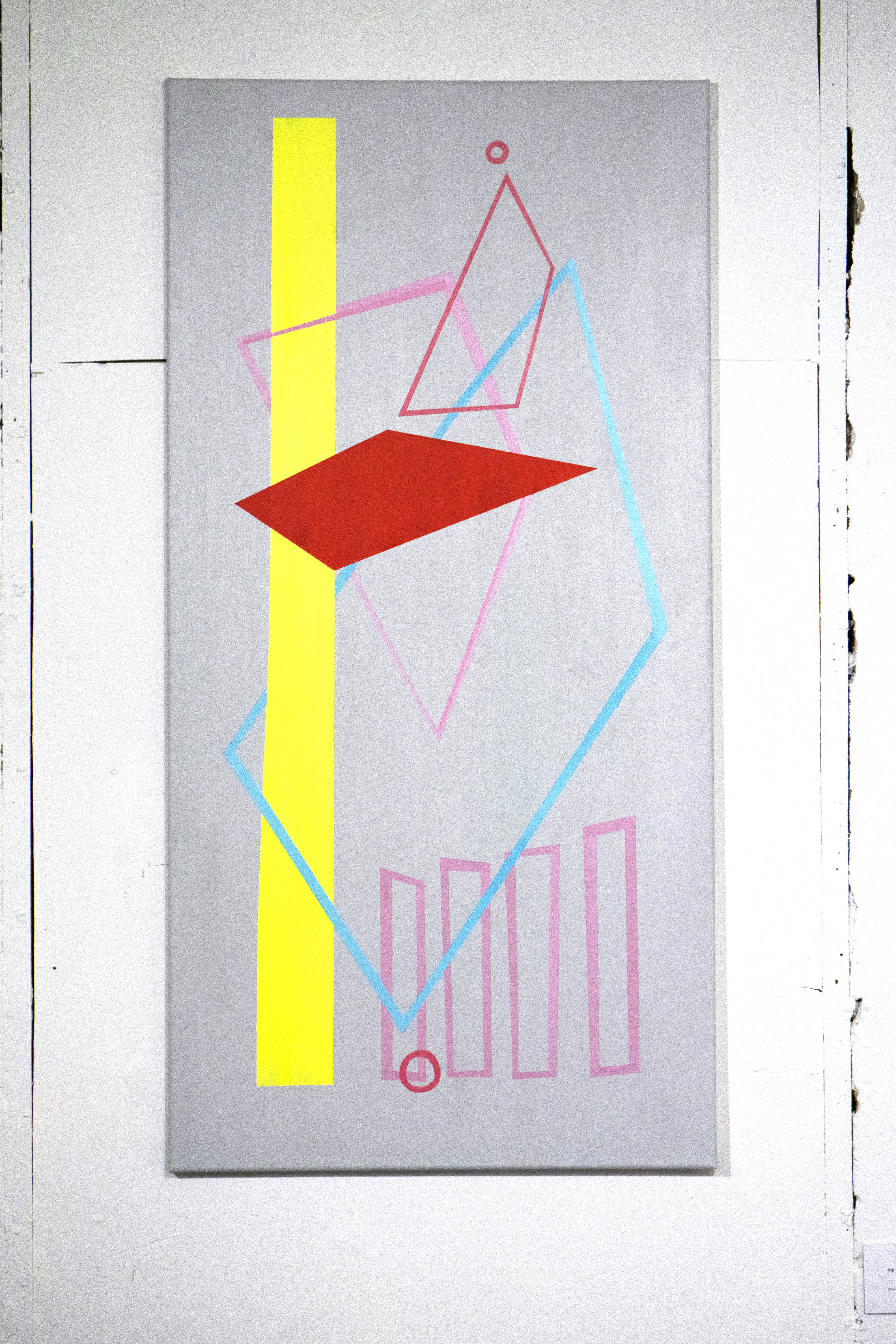 From there, printmaking became more than a calling for Vigil, it became an evolution process that has made her feel most alive.

“I make what I need from myself and for myself. I want more vulnerable art in the world. I hope by making more vulnerable art, that is honest about the experience I’ve had, my struggles, my many personal transformations, and my deep, dark places, that it helps let people know what is possible, that you can be really vulnerable and honest, and it be generative,” Vigil said 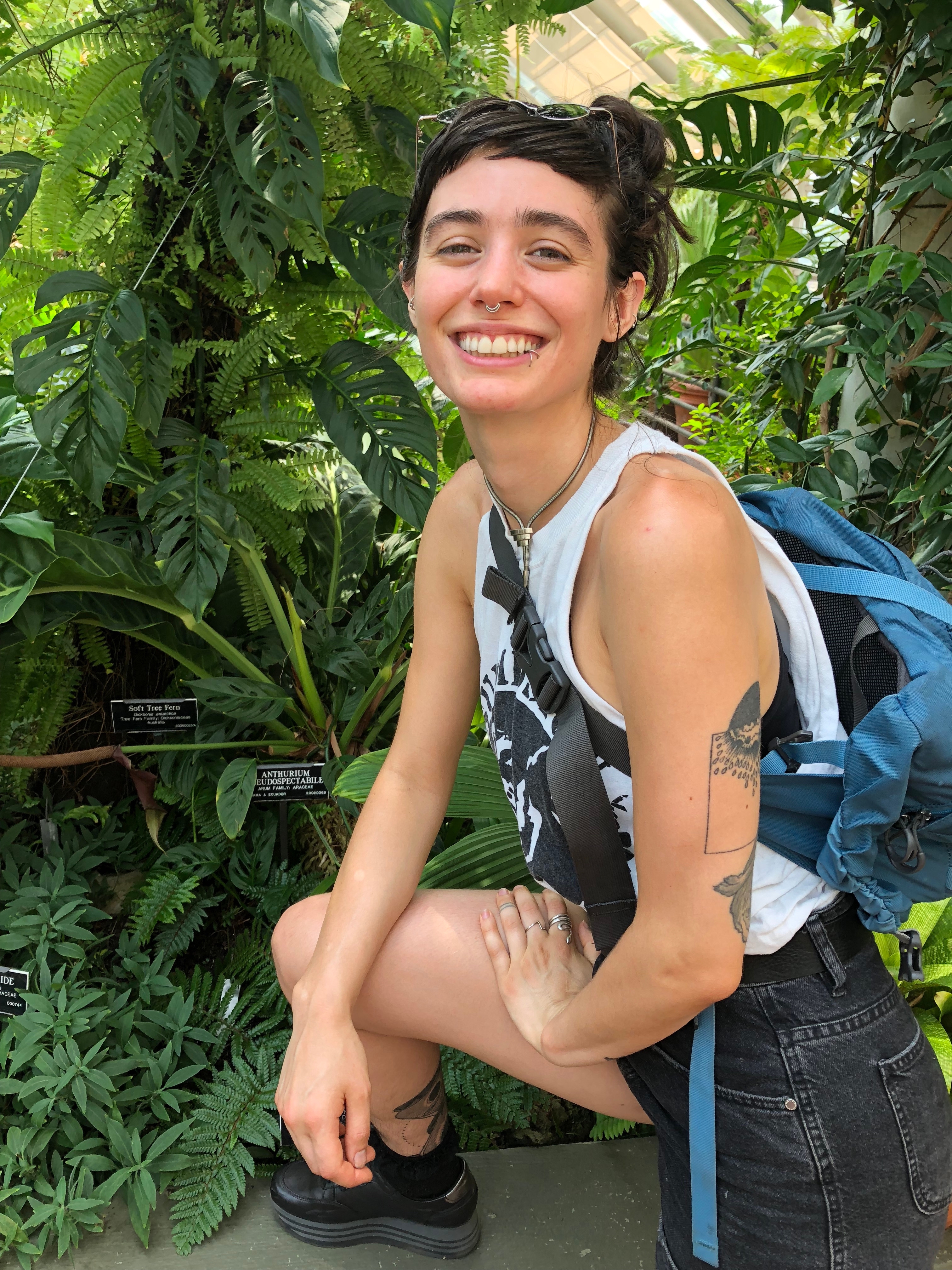 “Vulnerability is how I celebrate being alive and encourage others to be alive. The goal for being vulnerable in art, for me, is to talk about the darkness right alongside the hope,” Vigil said.

Although color is a defining factor in many artists’ work, Vigil is an artist that relies on the use of minimal color for the work she creates. The majority of her prints are solely in black and white, which is something she intended to focus in on.

“I’m still trying to understand color. It’s very confusing, the wavelengths of the light how they reflect and bounce,” she laughs, “I always really loved black. It absorbs all the wavelengths. I just feel so comfortable in [black],” she said.

Although she is a printmaking major, Vigil enjoys working with a wide range of media. For her recent art show titled How to Let Go & Love the Void at Langlab in May, she exhibited paintings, drawings, and several sculptures created out of fabric and ropes. She also presented several prints that she created both in and out of class. 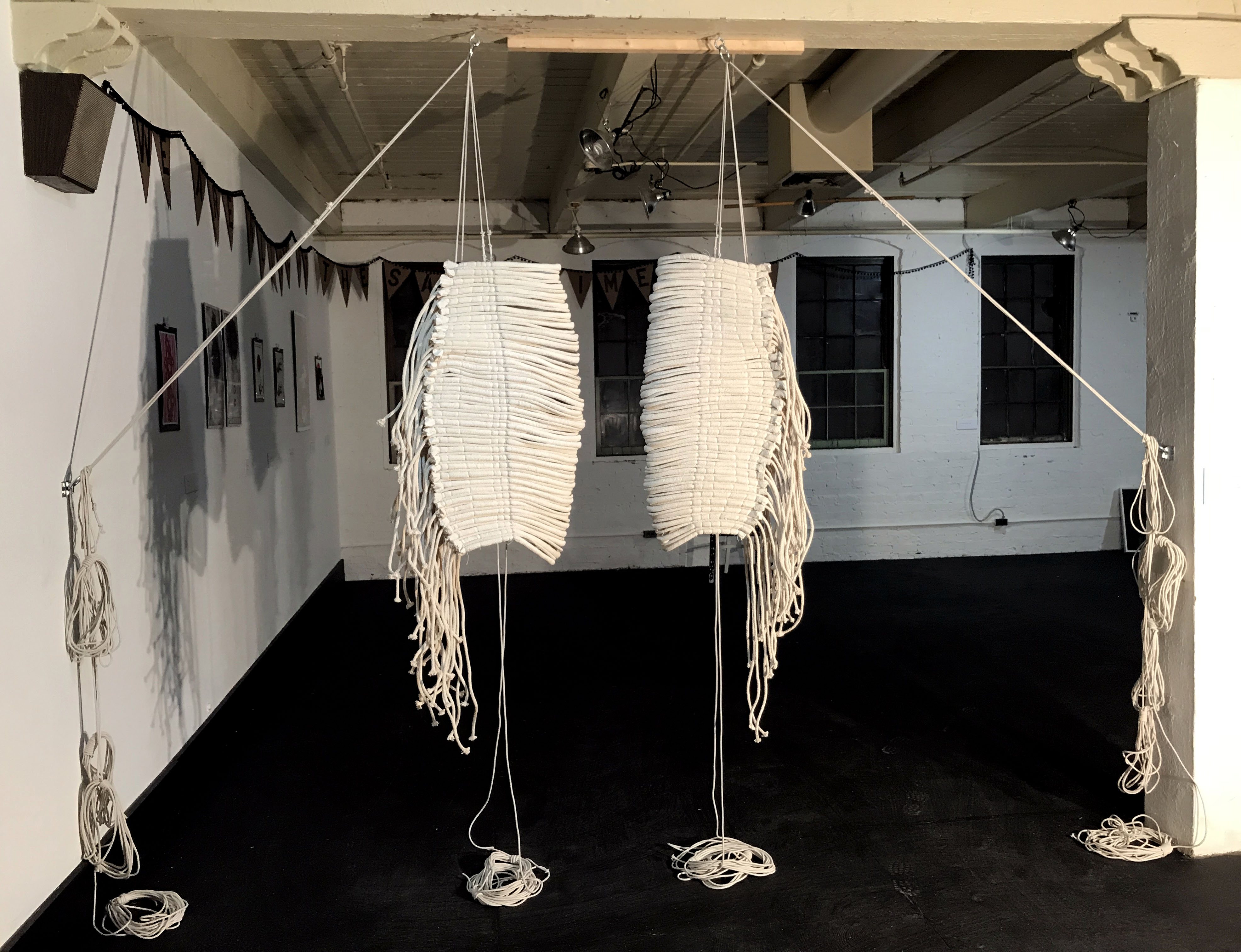 “The show was awesome. It was this whole process that really confirmed for me that life has this way of flowing even more quickly through you when you are fully alive. It was the first opportunity I had to communicate fully,” she said.

During this time, she realized how important the show was to her for her communications and the relationships she had. She spent quality time with both of her parents, which was a beautiful opportunity for her. 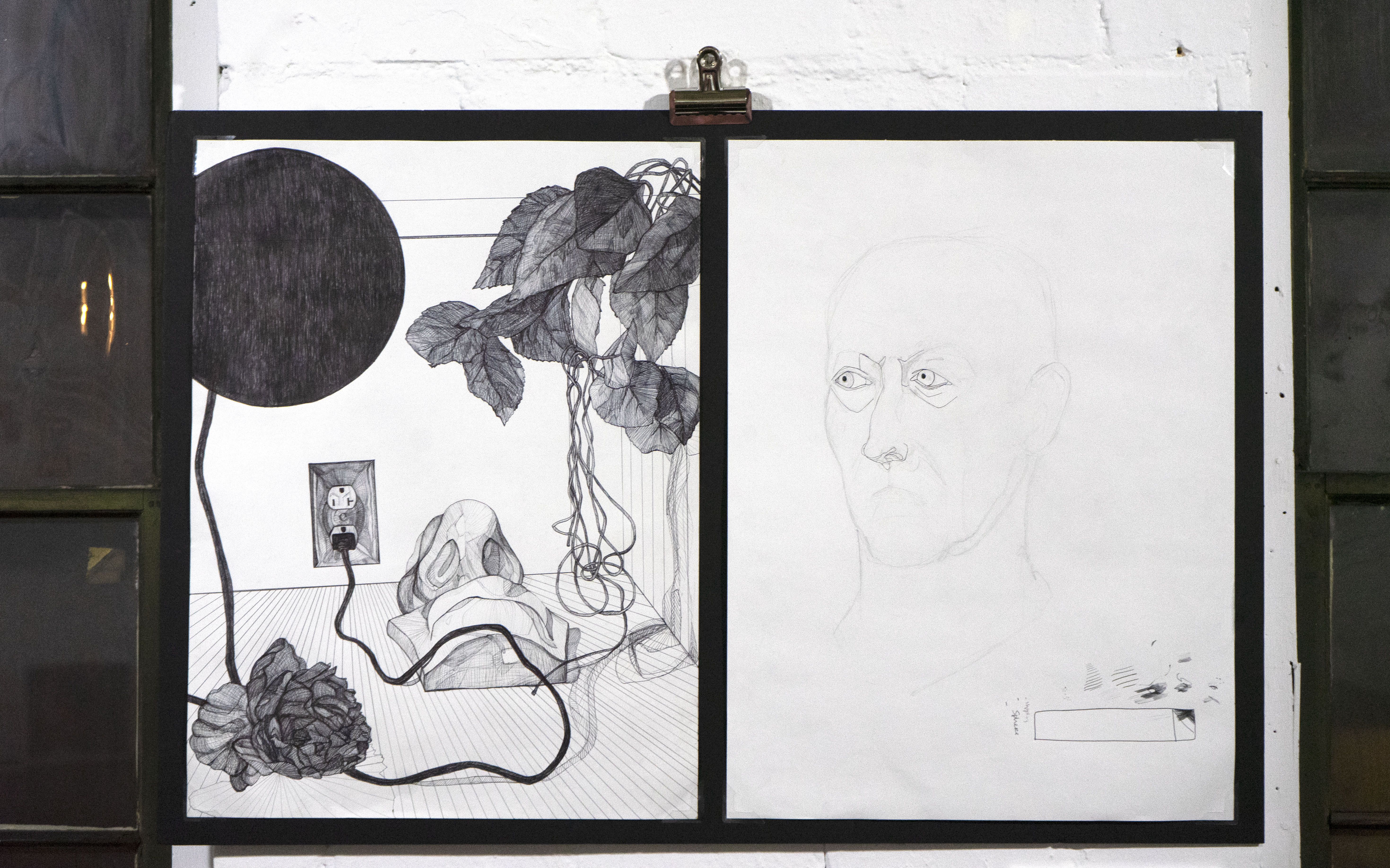 “I left my parent’s house in high school, so we had a lot of repair work to do with our relationship. It was really powerful to just ask them for help. My dad does woodwork, so I asked him, to make boards for painting. With my mom, one of my rope knit sculptures, which was this body of vessels with these strands between them. On each of those strands, there was a strip of polyester that was sewed with a seam, was stuffed with marbles, tied in between each marble, and set with a heat gun so the polyester formed to that. It was a lot, so my mother and I would sit down and tie them together.

Getting ready for the exhibition brought her closer to her parents again.

This show, like her art, was a way to celebrate the vulnerability and hope of life. 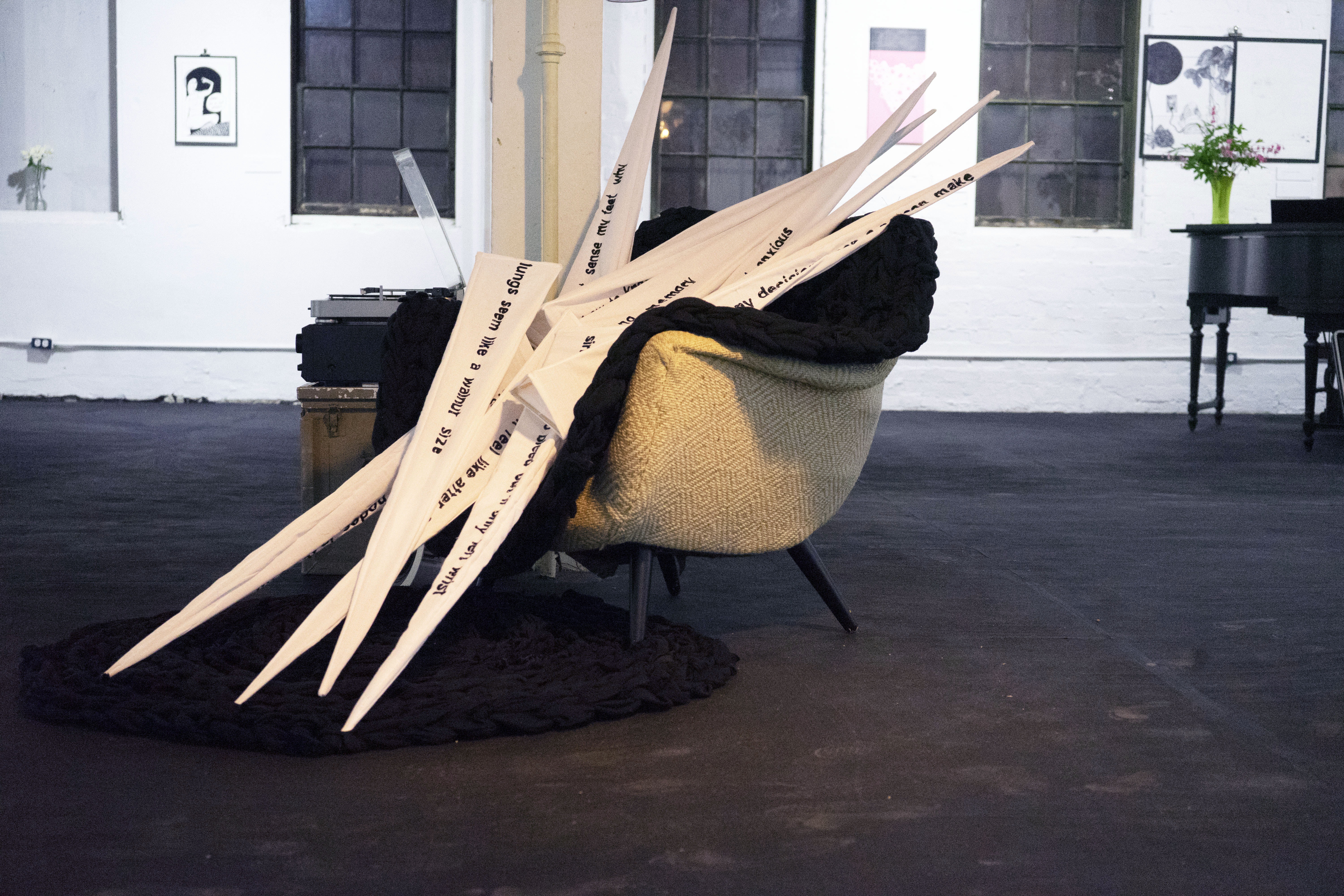 The Mind of a Jungle Demon

Student Artist of the Month: Biff Vigil and the life of a printmaker