November Student Artist of the Month

When your heart is set on a dream, it is often hard to stray away from achieving that dream. For Chelsea Ray-Dye, a graphic design major, she decided to return to IU South Bend after she earned her BA in history. 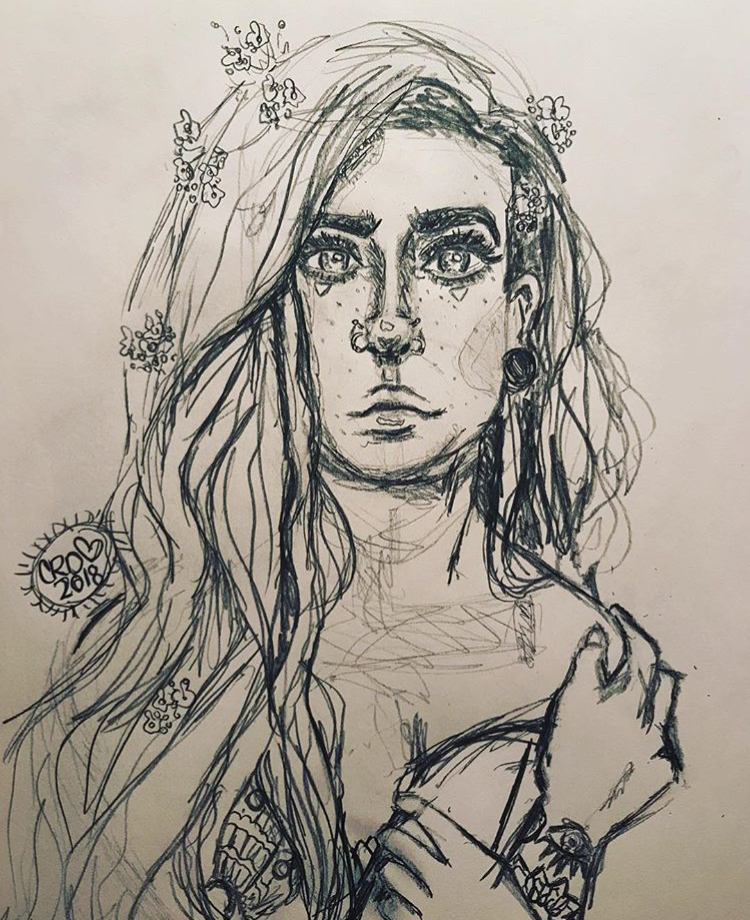 “I love creating, in general. It just makes me happy. Ever since I have been back in school because I have a previous degree in history with a minor in anthropology here. After I graduated the first time, I had a year where I was not in school, Ray-Dye says. “I work at a bank, and I decided to go full time there, and I got depressed.”

Although history felt like the right degree for her, Ray-Dye was unsure of what to do with it. She did not want to become a teacher and becoming employed as a historian at a museum did not seem fulfilling. 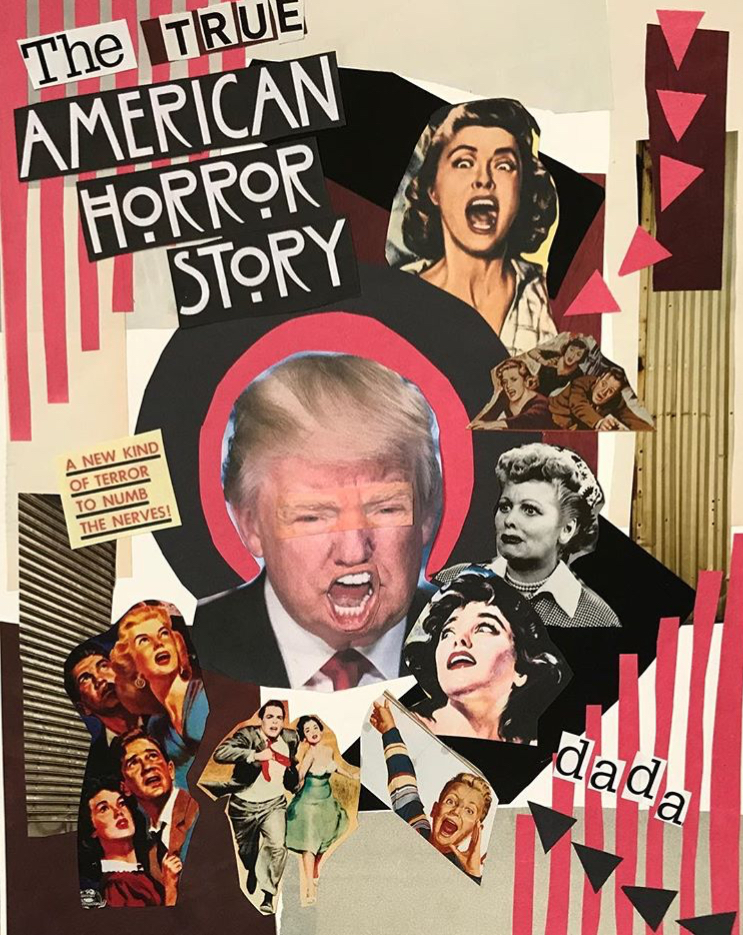 “I got kind of aggravated whenever someone asked me what I was going to do with my degree. I was kind of dabbling with the idea of working in a museum as a historian. The thing is, if I did that, working as a curator and handling displays, that itself is creative. I felt like I would be bored in a museum setting,” She explains. “The environment is a big factor of my mental and emotional health.”

When she finally decided to come back to IU South Bend, she wanted to go into graphic design due to the flexibility of the degree. It’s a degree course that has her feeling better about her professional prospects and life.

“With graphic design, what is nice about it, you get a little bit of everything. You get drawing. You get to learn all the Adobe programs,” says Ray-Dye. “What I want to do is to sort of be the jack of all trades. I feel like graphic design, that is what it is. You need to be flexible and adaptable.” 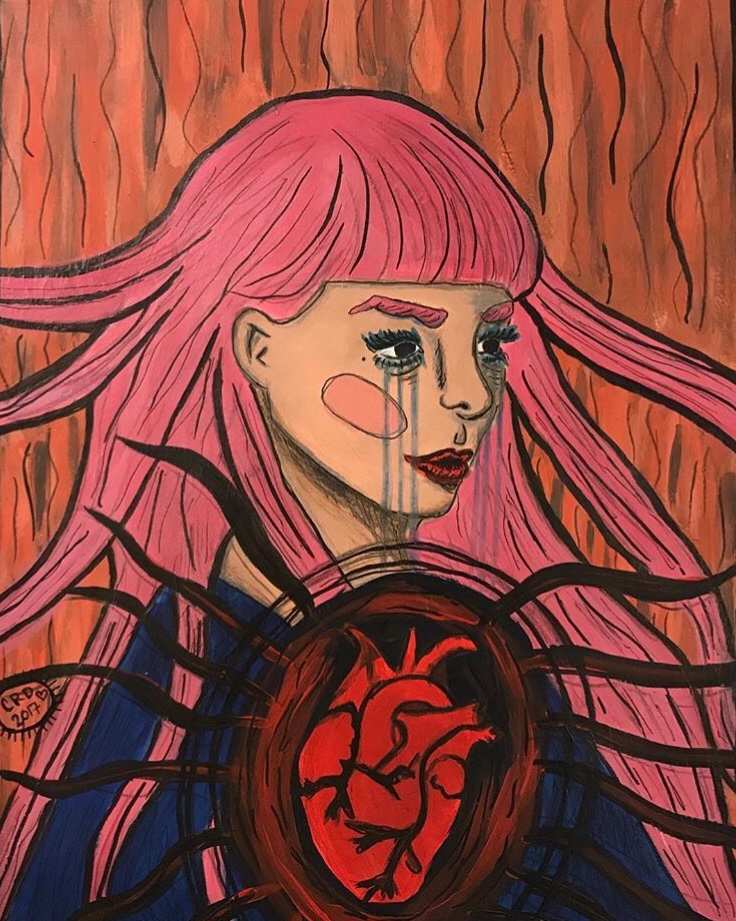 Her ultimate dream after graduation is to work for Disney or Pixar. Ray-Dye was first inspired to come back to school after watching Moana with her mom. It was from there, that she felt compelled to get back into her creative side and work towards this dream.

“I try to think big. Sometimes, I get a bit discouraged with that though because I think society kind of stomps on big dreamers,” says Ray-Dye

Ray Dye is obsessed with all things Disney and Pixar related. She studies many character design books, follows many of Disney’s illustrators on social media, and is an avid watcher of classic Disney movies on VHS tapes.

Her style reflects with the inspiration of the work, but her themes have a role of their own. Ray-Dye uses a lot of her work to emphasize activism, reflect on her own feelings, and translate the beauty she sees in nature. 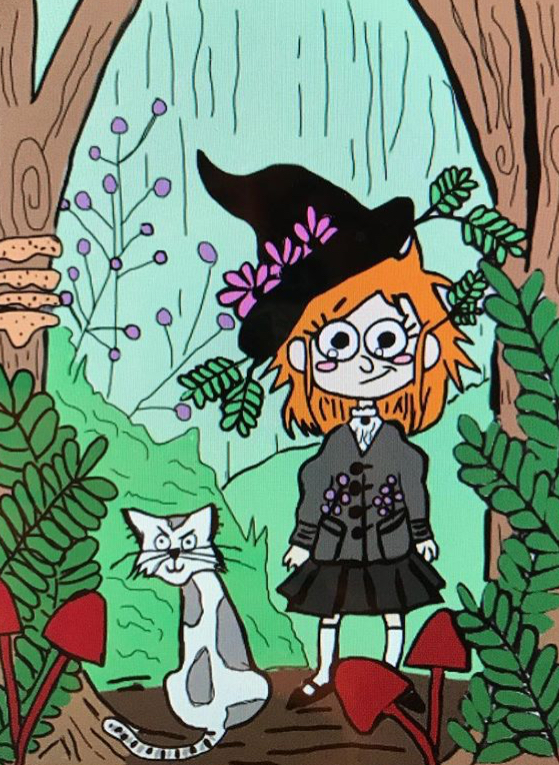 “A lot of the things I do center around nature, flowers, and plants. Ever since I was small, I just love nature and just being so curious about the world and beautiful parts of it. I center around mental states, especially with my anxiety,” says Ray-Dye

As of now, Ray-Dye is a Junior, and she is enjoying the classes she gets to take. Her creative edge urges her to take more art classes each semester, which for her, is always fulfilling.

Her dream of working for Disney seems closer than it ever has been, and Ray-Dye feels as though her choice of going into the arts was the right one.

Student Artist of the Month: Chelsea Ray-Dye
By The Way, Meet Vera Stark
The Founder of the Opera
In The News